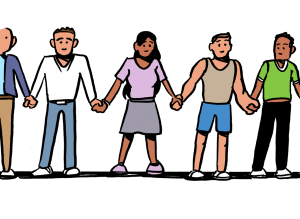 Bicsma delivers products to most supermarkets in the Netherlands and to a large number of retailers. With the supermarkets to which Bicsma supplies home brand products the arrangement has been made that they do not include Bicsma’s own brands in heir assortments.

Bicsma has made clear arrangements with all of its purchasers about the delivery of its products. These are laid down in Service Level Agreements. Bicsma stands for quality, also in the delivery of its goods, and has therefore set the bar high. This implies, for example, the following:

Experiences in practice have shown that winning back a lost client costs on average € 2.500 in terms of labour and representation.

Bicsma has several suppliers both in the Netherlands and abroad. The raw materials for the fruit juices particularly come from foreign countries, among which Spain is the largest supplier: Cufrumark.

The collaboration with Cufrumark is not without its problems, as was also the case last year. Whenever Bicsma tries to contact Cufrumark in Spain, the communication is extremely difficult. Locally, there are no problems, while ultimately issues are always settled. However, in the past year already more than 10 deliveries were delayed more than a day. This problem plays a role in the decision to place a packaging space on the terrain.

Bicsma owns the right to include a number of competitive brands in its portfolio (s.a. MinuteMaid and Aquarius of the Coca-Cola Company and Schweppes of the Dr. Snapple Group). For strategic reasons, Bicsma has decided to outsource this production to other (fellow)manufacturers. With each of these parties it has therefore entered in a joint venture. This form of collaboration is less expensive than producing independently. Expanding Bicsma’s own capacity requires an investment so large that it would take 12 years to earn back the invested money. The manufacture of licensed soft drinks yields 3 million a year.

Bicsma’s largest competitor is the German ObstSaft AG. For each product that Bicsma places on the market, ObstSaft follows with a competitive item mostly within a few months. ObstSaft has a minority interest in Bicsma.